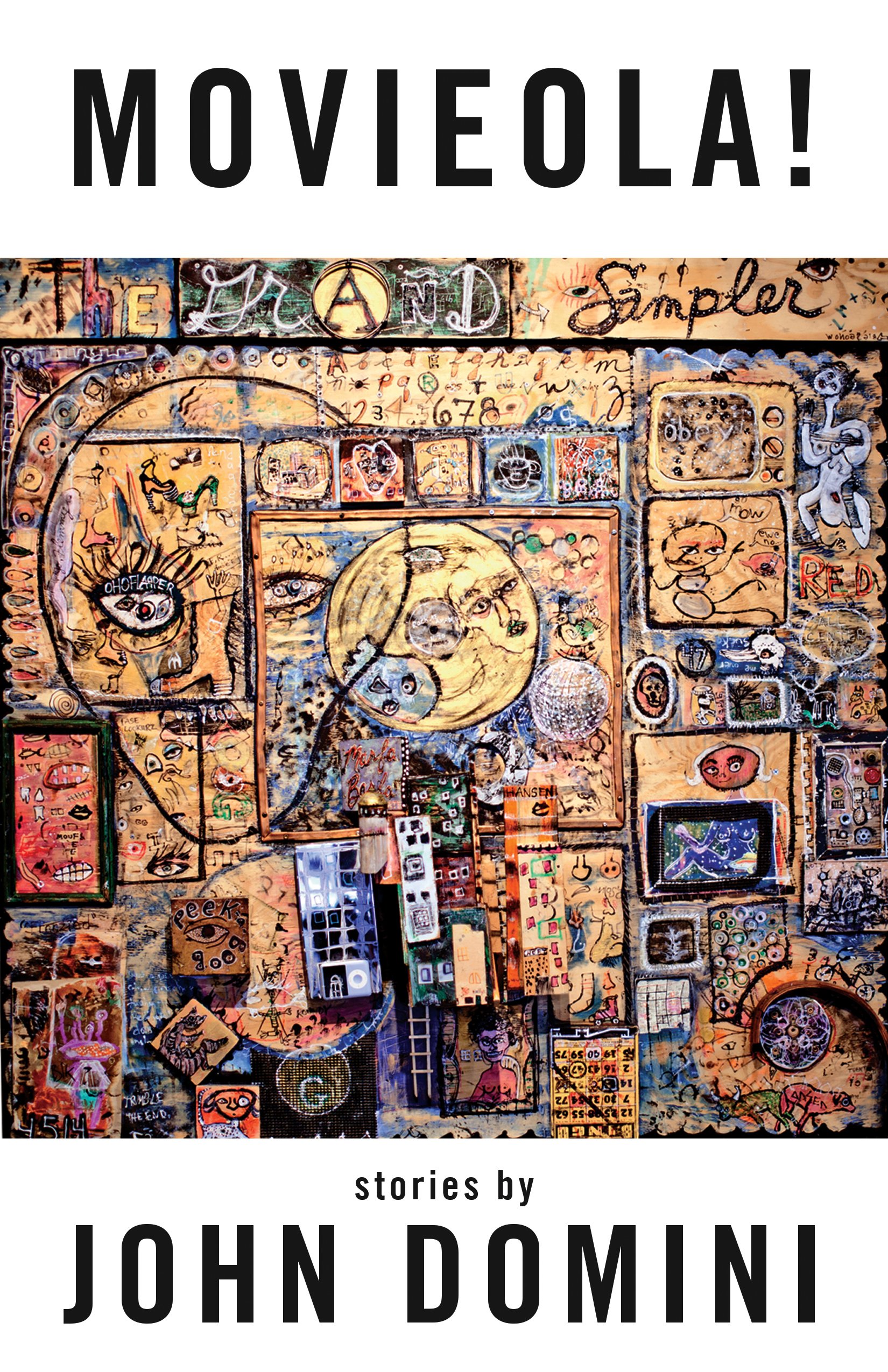 
Rising at once and carrying their blankets across one shoulder, they flocked leisurely from their various wigwams toward our dwelling. My mission done, I ran back, skipping and jumping with delight. All out of breath, I told my mother almost the exact words of the answers to my invitation.

Creation Myths and Legends of the Creek Indians

Frequently she asked, "What were they doing when you entered their tepee? Often I told my mother my impressions without being questioned. While in the neighboring wigwams sometimes an old Indian woman asked me, "What is your mother doing? At the arrival of our guests I sat close to my mother, and did not leave her side without first asking her consent.

I ate my supper in quiet, listening patiently to the talk of the old people, wishing all the time that they would begin the stories I loved best. At last, when I could not wait any longer, I whispered in my mother's ear, "Ask them to tell an Iktomi story, mother. As each in turn began to tell a legend, I pillowed my head in my mother's lap; and lying flat upon my back, I watched the stars as they peeped down upon me, one by one.

The increasing interest of the tale aroused me, and I sat up eagerly listening for every word. The old women made funny remarks, and laughed so heartily that I could not help joining them. The distant howling of a pack of wolves or the hooting of an owl in the river bottom frightened me, and I nestled into my mother's lap. She added some dry sticks to the open fire, and the bright flames leaped up into the faces of the old folks as they sat around in a great circle. On such an evening, I remember the glare of the fire shone on a tattooed star upon the brow of the old warrior who was telling a story.

I watched him curiously as he made his unconscious gestures. The blue star upon his bronzed forehead was a puzzle to me. Looking about, I saw two parallel lines on the chin of one of the old women. The rest had none.


I examined my mother's face, but found no sign there. After the warrior's story was finished, I asked the old woman the meaning of the blue lines on her chin, looking all the while out of the corners of my eyes at the warrior with the star on his forehead. I was a little afraid that he would rebuke me for my boldness. Here the old woman began: "Why, my grandchild, they are signs, — secret signs I dare not tell you. I shall, however, tell you a wonderful story about a woman who had a cross tattooed upon each of her cheeks.

I fell asleep before the story was completed. Ever after that night I felt suspicious of tattooed people. Whenever I saw one I glanced furtively at the mark and round about it, wondering what terrible magic power was covered there. It was rarely that such a fearful story as this one was told by the camp fire. Its impression was so acute that the picture still remains vividly clear and pronounced.

On a bright, clear day, she pulled out the wooden pegs that pinned the skirt of our wigwam to the ground, and rolled the canvas part way up on its frame of slender poles. Then the cool morning breezes swept freely through our dwelling, now and then wafting the perfume of sweet grasses from newly burnt prairie. Untying the long tasseled strings that bound a small brown buckskin bag, my mother spread upon a mat beside her bunches of colored beads, just as an artist arranges the paints upon his palette.

On a lapboard she smoothed out a double sheet of soft white buckskin; and drawing from a beaded case that hung on the left of her wide belt a long, narrow blade, she trimmed the buckskin into shape. Often she worked upon small moccasins for her small daughter.

How to Find That Book You've Spent Years Looking For

Then I became intensely interested in her designing. With a proud, beaming face, I watched her work. In imagination, I saw myself walking in a new pair of snugly fitting moccasins. I felt the envious eyes of my playmates upon the pretty red beads decorating my feet. Close beside my mother I sat on a rug, with a scrap of buckskin in one hand and an awl in the other. This was the beginning of my practical observation lessons in the art of beadwork. From a skein of finely twisted threads of silvery sinews my mother pulled out a single one.

With an awl she pierced the buckskin, and skillfully threaded it with the white sinew. Picking up the tiny beads one by one, she strung them with the point of her thread, always twisting it carefully after every stitch. It took many trials before I learned how to knot my sinew thread on the point of my finger, as I saw her do. Then the next difficulty was in keeping my thread stiffly twisted, so that I could easily string my beads upon it. My mother required of me original designs for my lessons in beading.

At first I frequently ensnared many a sunny hour into working a long design. Soon I learned from self-inflicted punishment to refrain from drawing complex patterns, for I had to finish whatever I began. After some experience I usually drew easy and simple crosses and squares. These were some of the set forms. My original designs were not always symmetrical nor sufficiently characteristic, two faults with which my mother had little patience.

The quietness of her oversight made me feel strongly responsible and dependent upon my own judgment. She treated me as a dignified little individual as long as I was on my good behavior; and how humiliated I was when some boldness of mine drew forth a rebuke from her! In the choice of colors she left me to my own taste. I was pleased with an outline of yellow upon a background of dark blue, or a combination of red and myrtle-green.

There was another of red with a bluish gray that was more conventionally used. When I became a little familiar with designing and the various pleasing combinations of color, a harder lesson was given me. It was the sewing on, instead of beads, some tinted porcupine quills, moistened and flattened between the nails of the thumb and forefinger. My mother cut off the prickly ends and burned them at once in the centre fire. These sharp points were poisonous, and worked into the flesh wherever they lodged.

For this reason, my mother said, I should not do much alone in quills until I was as tall as my cousin Warca-Ziwin. Always after these confining lessons I was wild with surplus spirits, and found joyous relief in running loose in the open again. Many a summer afternoon, a party of four or five of my playmates roamed over the hills with me.

We each carried a light sharpened rod about four feet long, with which we pried up certain sweet roots. When we had eaten all the choice roots we chanced upon, we shouldered our rods and strayed off into patches of a stalky plant under whose yellow blossoms we found little crystal drops of gum.

Drop by drop we gathered this nature's rock-candy, until each of us could boast of a lump the size of a small bird's egg. Soon satiated with its woody flavor, we tossed away our gum, to return again to the sweet roots. I remember well how we used to exchange our necklaces, beaded belts, and sometimes even our moccasins.

We pretended to offer them as gifts to one another. We delighted in impersonating our own mothers. We talked of things we had heard them say in their conversations. We imitated their various manners, even to the inflection of their voices. In the lap of the prairie we seated ourselves upon our feet; and leaning our painted cheeks in the palms of our hands, we rested our elbows on our knees, and bent forward as old women were most accustomed to do.

While one was telling of some heroic deed recently done by a near relative, the rest of us listened attentively, and exclaimed in undertones, "Han! As the discourse became more thrilling, according to our ideas, we raised our voices in these interjections. In these impersonations our parents were led to say only those things that were in common favor. No matter how exciting a tale we might be rehearsing, the mere shifting of a cloud shadow in the landscape near by was sufficient to change our impulses; and soon we were all chasing the great shadows that played among the hills.

We shouted and whooped in the chase; laughing and calling to one another, we were like little sportive nymphs on that Dakota sea of rolling green. On one occasion I forgot the cloud shadow in a strange notion to catch up with my own shadow. Standing straight and still, I began to glide after it, putting out one foot cautiously. When, with the greatest care, I set my foot in advance of myself, my shadow crept onward too.

Then again I tried it; this time with the other foot. Still again my shadow escaped me. I began to run; and away flew my shadow, always just a step beyond me. Faster and faster I ran, setting my teeth and clenching my fists, determined to overtake my own fleet shadow. But ever swifter it glided before me, while I was growing breathless and hot. Slackening my speed, I was greatly vexed that my shadow should check its pace also. Daring it to the utmost, as I thought, I sat down upon a rock imbedded in the hillside. Now my comrades caught up with me, and began to ask why I was running away so fast.

Didn't you ever do that?

‎Beyond The Rainbow on Apple Books

They planted their moccasined feet firmly upon my shadow to stay it, and I arose. Again my shadow slipped away, and moved as often as I did. Then we gave up trying to catch my shadow. Before this peculiar experience I have no distinct memory of having recognized any vital bond between myself and my own shadow. I never gave it an afterthought. Returning our borrowed belts and trinkets, we rambled homeward. That evening, as on other evenings, I went to sleep over my legends. One summer afternoon, my mother left me alone in our wigwam, while she went across the way to my aunt's dwelling.

I did not much like to stay alone in our tepee, for I feared a tall, broad-shouldered crazy man, some forty years old, who walked loose among the hills.